Vaishali is one of the Eight Great Pilgrimage site of Buddhism. There are many features in Vaishali that attracts the eyes of a visitor. And Ashokan Pillar is one of the main attractions of Vaishali and the reason behind this pillar is that it got statue

Vaishali is one of the Eight Great Pilgrimage sites of Buddhism religion. Vaishali was a city located in the Bihar, India. Vaishali holds great importance according to history of Buddhist tradition. It is believed that Gautama Buddha preached his last sermon before the departure of Lord Buddha. It was in Vaishali that Lord Buddha announced that he would be approaching the Mahaparinirvana before leaving to Kushinagar where he achieved Mahaparinirvana. One of the great events that took place during the lifetime of Gautama Buddha was for the first time; women were inducted in the Sangha as abhikshuni. Vaishali was also an important place for Jain and Hindu people.

Vaishali is now an archeological site and was the capital city of the Licchavi Kingdom. Vaishali was a very rich as well as prosperous kingdom and believed to be inhabited by around seven thousand and seven Rajas (kings). And each raja possessed large palaces, pleasure grounds, and many advisors, and workers. Vaishali was well-known city and had a close association with Gautama Buddha. It is believed that Gautama Buddha visited Vaishali quite a few times. Vaishali contains one of the best preserved of the Pillars of Ashoka the Great. This particular pillar has Asiatic Lion on the top. The name of Vaishali was believed to come from ancient history of Mahabharata. It was named after King Vishal who existed during Mahabharata age.

The proof of the existence of Vaishali can be found from the ancient age. It is believed to be a very large city that existed during Mahabharata age and was named after King Vishal. It is also an important place for Jain religions since Jain Tirthankara was born here. But even before Lord Buddha and Jain Tirthankara, Vaishali was a capital of Licchavi state and covered most of the Himalayan Gangetic region.

After leaving Kapilvastu and Lumbini, Gautama Buddha first visited Vaishali and got himself spiritual training from Ramaputra Udraka and Alara Kalama. After achieving Enlightenment, he visited Vaishali regularly. According to some legends, at some point of Vaishali suffered a great disaster like shortage of food supply, death of many citizens and caused intestinal disease. The current prince at that time sent a request to King Bimbisara to persuade Lord Buddha to Vaishali. Gautama Buddha agreed to visit Vaishali after hearing Prince Mahali story. At that time, Lord Buddha was at Veluvana in Rajargrha. Gautama Buddha along with five hundred buddhist monks started the journey to Vaishali. When he reached Vaishali, it is said that thunderstorms occurred and rain fell in torrents and evil spirits fled from Vaishali. The disciple Ananda after learning Ratana Sutta was ordered by Gautama Buddhato recite the sutta within the three walls of the city. And Gautama Buddha recited the sutta to people who were assembled by himself. After seven days of reciting the sutta, Lord Buddha left the city.

In Vaishali, during his last visit to Vaishali on rainy season Gautama Buddha declared that the time of final departure from the world was near. And he left Vaishali with his alms-bowl. And he also started inducting women bhikshuni in the Sangha leaving his maternal Aunt Mahaprajapati in order.

Ashokan Pillar
Ashoka Pillar is one of the main attractions of Vaishali . There is a statue of a lion on the top of the Ashoka pillar .

Relic Stupa
Relic Stupa is also called as Stupa 1 and it contains one of the eight portions of Master’s Relics .

Coronation Tank
There is a sacred Coronation Tank near Relic stupa which is called as Abhishek Pushkarini . It is believed that the sacred water of the tank is used to sanctified the representatives of Vaishali.

Buddha Statues in our catalog 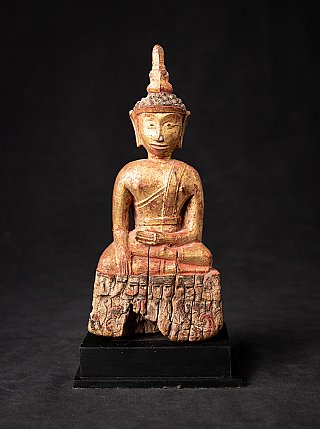 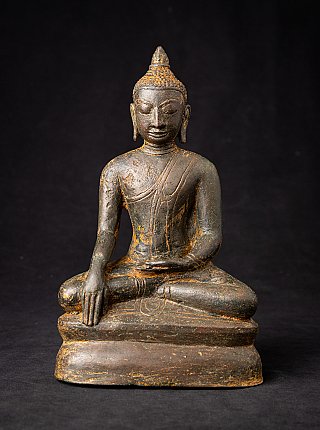