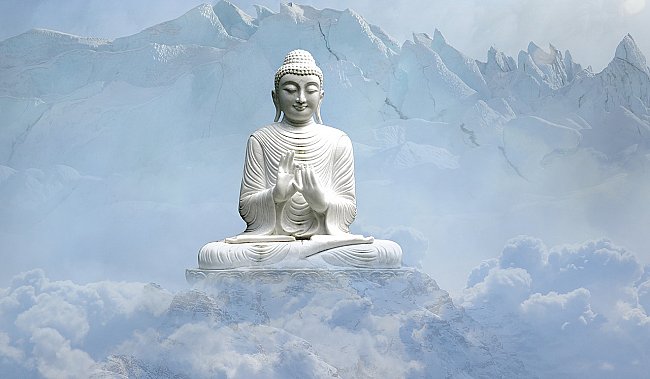 The Most Beautiful Buddha Sculptures in the World

For followers of Buddhism, one of the most beloved and common symbols to worship is the image of the Buddha. Modeled after the founder of Buddhism, Siddhartha Guatama, statues of the Buddha can be found around the world, particularly in the countries where this religion is most popular.  Buddha statues come in many shapes and sizes, however, some of the most impressive Buddha sculptures in the world are large in scale. If you’re an adventurer, seeker of beauty, or follower of Buddhism, read on, and we’ll show you where to find some of the most beautiful Buddha sculptures in the world.

Standing 40 feet tall, the Avukana Buddha statue in North Central Sri Lanka was carved out of an expanse of granite rock some time during the 5th century. This popular tourist attraction features elaborate carvings and is one of the most notable standing Buddha statues in Sri Lanka. Archaeologists believe that the statue was at one time housed inside part of a now long gone shrine, with remnants of its walls only left remaining. Historians have noted the similarity between this statue and another nearby statue at Sasseruwa, leading them to believe that these statues were created simultaneously between a master carver and a pupil. This story has since been discredited, but the legend lives on.

Also known as the marble temple, the Wat Benchamabophit Dusitvanaram Buddhist temple in Bangkok, Thailand, offers visitors a variety of visual delights. Aside from the temple's ornate beauty, it also houses as many as 52 varieties of Buddha statues. Construction of this impeccable natural stone Italian marble building was started in 1899 by King Chulalongkorn, and wasn't completed until 1911. Travelers looking specifically for the Buddha statues will find them located near the assembly hall houses.

Standing at an impressive 502 feet high, the Spring Temple Buddha in Lushan County, Henan in China offers a breathtaking sight to behold. Constructed between 1997 and 2008, this statue is currently the 2nd tallest in the world. This enormous statue stands on top of a Buddhist monastery and is cast in 1,100 pieces of copper, weighing 1,000 tons. It is estimated that the entire construction project of this statue cost nearly $55 million.

This sitting Buddha statue in Southeast Thailand currently holds ranking as the 7th tallest in the world at 302 feet. It is composed of concrete and painted gold, and its construction was completed in 2008 as a way to commemorate King Bhumibol of Thailand. Faithful Buddhists helped to raise funds to constructed this gilded beauty, which, with its size and location, can be observed from admirers near and far.

Said to be the largest bronze statue in the world, this reclining Buddha was completed in 1899, and weighs nearly 300 tons. This statue is meant to represent the Buddha at the moment of his death, as he prepares to enter nirvana.

This seated Buddha statue, located in Phuket, Thailand, was constructed between 2002-2014 and is composed of concrete with a Burmese white marble covering. At 145 feet high, this Buddha statue was coined “The Buddhist Treasure of Phuket” in 2008 by the Supreme Patriarch of Thailand. The official name of the statue is Phra Phutta Ming Monkgol Akenakakiri, which roughly translates to “the gloriously honorable Buddha on top of the hill of Naga”.

This standing Buddha statue located in Ushiku, Ibaraki Prefecture, Japan and is an imposing 390 feet high. Made of bronze, this statue was constructed to commemorate the birth of the founder of Jodo Shinshu, Shinran, the True Pure Land School of Buddhism. Currently one of the top 5 tallest statues in the world, visitors can take an elevator to an observation floor 279 feet high to enjoy a breathtaking view of a flower garden and animal park. In fact, the statue itself serves as a type of four story museum, with each floor representing a different theme. On the third floor alone, visitors can enjoy over 3,000 examples of Buddha statues!

This large bronze Buddha stands at 112 feet and was completed in 1993. It is situated on top of hill, and visitors must climb 268 steps to visit at its base. Beneath the statue lies three floors of halls, one of which allegedly contains an ancient relic that consists of some of the cremated remains of the Guatama Buddha. Unlike many other Buddha statues, the Tian Tian Buddha faces to the north, while most other Buddhas are facing South.

Built of bronze and situated in the mountains of Bhutan, this looming Buddha statue was constructed to commemorate the 60th anniversary of King Jigme Singye Wangchuk. It stands 177 feet high and was dedicated with the intention to bring peace and prosperity into the world.

This reclining Buddha is the oldest on our list, and was believed to be constructed during the reign of Mon King Migadepa in 994 A.D. It is a reclining Buddha statue, and comes in at 180 feet long and 55 feet high. The statue was lost when the town of Pegu was pillaged during colonial British rule in 1757, but was restored in the 1800’s and again in the 1900’s.

There are many standing, sitting and reclining Buddha statues throughout the world to view and visit as a place of worship or remembrance. Which ones will you seek out on your next adventure?