Disappearance of Buddhism in India

In the early 12th century Buddhism started to disappear and faded from the faces of India.

Lord Buddha found Nirvana in Bodh Gaya in India and started his teachings from different places of India and Nepal. Therefore, India was core center of Buddhism and many legends state that Buddhism eventually spread throughout the Asia and Buddhism became the dominant religion in many Asian countries such as Burma, Tibet, China, Japan etc. In the 3rd Century, the Buddhism was considered as the official religion of India during the reign of Great Mauryan Emperor Asoka since he was devout of Lord Buddha and Buddhism. Buddhism reached its peak under the rule of Asoka and Buddhism still continued to flourish and had a steady growth until the rule of Gupta and Pala Empire.
During the rule of Ashoka the Great, Buddhism flourished greatly and spread in many Asian countries and even reached many Western Countries too. During his empire, Asoka banned various Vedic practices like sacrifices since such practices contradicted the principle of Buddhism. But after the last Mauryan King was defeated and assassinated, most parts of India was controlled and ruled by Shunga Dynasty. That era became quite hard to Buddhism since Shunga Dynasty strongly followed Brahmanism than Buddhism and started killing Buddhist monks and burned many Buddhist templesand monasteries.
But in the early 12th century Buddhism started to disappear and faded from the faces of India. It has become quite news about the disappearance of Buddhism in India since India was the starting point of Buddhism. Many theories have been proposed by many scholars on the disappearance of Buddhism . But the main cause of the decline of Buddhism was the slacking of Nalanda Monastery in 1197. Many people believed that Nalanda Monastery was considered as the Milestone and became the stroke that killed Buddhism in India in early 12th century. 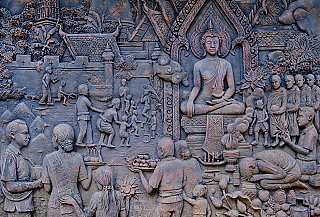 The Shunga Dynasty that rules most part of the India after Maurya Empire, strongly followed Brahmanism and once again started the sacrificial practices in India. Some early kings partially followed Buddhism and also built Sanchi Stupa near Shunga Capital. The first Sunga King Pushyamitra also built great Buddhist topes at Sanchi, but he was also recorded to be hostile to Buddhism. It was also recorded that Pushyamitra burned many Buddhist sutras, Buddhist shrines and also ordered to assassinate many Buddhist monks. The people who strongly followed Brahmanism also believed thatBuddha was one of the ten incarnations of the powerful Hindu Deity, Vishnu. That’s why it is also believed that Hinduism was one of the causes that increased the decline of Buddhism in India.

During the 5th century, the White Huns also known as The Hephthalites, were the nomadic people who were quite powerful in Central Asia. At that time, they conquered Bactria and Gandhara of India and destroyed a large part of Buddhist kingdom that flourished in the Bactria, Gandhara, and neighboring Buddhist Kingdom. The Chinese traveler who traveled India to learn more about Buddhism stated that the invasion of White Huns greatly influenced on the decline of Sangha, Buddhist community in India.

The invasion of Muslim empire greatly caused the decline of Buddhism in India. Even though Buddhism has greatly faded in India, the rulers of Muslim became the main reason for the disappearance of Buddhism. In the early 12th century, the Nalanda Monastery in Bengal was burnt by Muslim invaders and various Buddhist schools that were established in the time of Pala Dynasty were also destroyed. During 13th and 14th Century, most parts of India was under Muslim rule. Then Buddhism couldn’t survive in Northern India and couldn’t survive the competition with Hinduism in Southern India.

Until the 20th Century, Buddhism was mostly extinct in India due to various causes. But soon after the 20th Century, Buddhism gradually but slowly returned to India due to influence of Anagarika Dharmapala. Anagarika Dharmapala was Buddhist reformer and founded Maha Bodhi Society in Sri Lanka and he mostly focuses on promoting Buddhism in India. After 14th Dalai Lama and other lamas associated with 14th Dalai Lama were exiled from Tibet , took shelter in India and promoted Tibetan Buddhism in India . According to statistics, around 7 million out of 1.2 billion people in India followed and worshiped Buddhism.